It’s well documented that when we feel depressed, we tend to move slower, less often and hunch the shoulders but there is less known about the reverse impact of posture on mood. Is it possible that simply adopting the prevalent desk work position – seated for hours hunched over a keyboard with the chest dropped – can stimulate feelings of depression?

There’s strong evidence to suggest it can.

Researchers have found that when deliberately placed into a slumped position, we tend to have better recollection of negative events1: easily recalling times when we have felt hopeless, powerless or helpless. By contrast, those sitting upright with the chest broad found it hard to recall negative events, more easily remembering empowering and positive moments from the past. We know that reliving memories can bring about the same emotions and feelings as the original event did, so imagine the impact on our bodies and minds if we tend to remember the negative stories more frequently.

Further research has found that slumped participants tend to feel more stressed, are more likely to give up in a test of skill and even feel less proud when told of a positive achievement than those who had been sitting up straight prior to the tests2. A further study found sitting more than 7 hours per day meant a higher likelihood of experiencing depressive symptoms than sitting less than 4 hours3. What is your reality?

Could our shift toward handheld devices, constantly drawing the gaze downwards, be implicated in rising rates of depression? This might sound farfetched but if you’ve watched Amy Cuddy’s Ted Talk on the impact of body language, you’ve heard a powerful endorsement for sitting up tall, literally and metaphorically. You may already be shifting in your seat as you read this.

So if a slouched posture makes us feel sad and feeling sad makes us slouch, it makes sense that the reverse is also true. Indeed, studies that test the effectiveness of yoga, particularly back bending poses, like cobra pose, found symptoms of mild depression reduced, even after just one session.

Try it yourself. Next time you feel a little low, start skipping! Swing your arms, lift your chest, pull up the knees and propel yourself forward fearlessly. Just try not to smile! It’s almost impossible, especially if you do it in a very public place.

At the very least, sit up tall, lift the chest, draw down the shoulders and look up once in a while! It might just change your day… 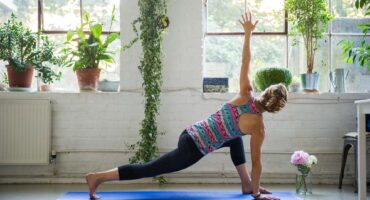 Three important yoga teachings that are amplified in a virtual world 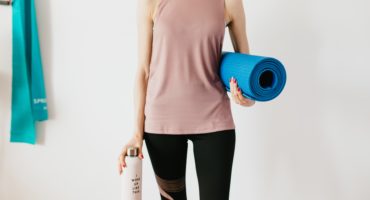 Zoom Yoga: What We've Learned by Taking it Online